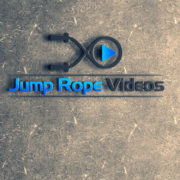 Some early double dutch competitions in the 70’s and 80’s looked something like this:

By the time my generation came along in the 90’s we were experimenting with adding more power. Here is some jump rope history from the archives… this is the first time a trick called the “Subway” was ever performed in double dutch. I know, I was there. In the ropes. This is the absolute first time this trick was ever completed (we never made it all the way through in practice).

Fast forward to the mid 2000’s when the next generation took it to another level with the “Grand Central Station”.

Then you have the Hot Dogs perfecting it. Check out the slo-motion Grand Central Station at the 5:15 mark in the video.

I would say that Jump Rope has come a long way and definitely evolved for the better. That being said, I greatly respect all of those that came before us and helped push the sport in new and exciting directions. Without them, the sport wouldn’t be where it is today.

This is my new favorite video. This was taken at the 2016 Hot Dog USA Bi annual jump rope show. Amazing camera work and editing by Nakean Photography. They did an incredible job of capturing the beauty of our sport. I love watching jump rope in slow motion. It allows you to see everything that is going on that you might miss at full speed. Watch it in full screen if you can. The final slow mo shot of the grand central station in double dutch is simply mind blowing. Great job to everyone involved in making this video!