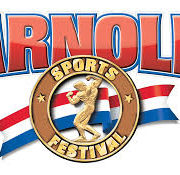 Tori Boggs is one of the top jump rope athletes of all time. She is a 12-time world champion, a speed and power record holder, 5-time Arnold champion, a professional jumper, jump rope instructor, and a World Jump Rope ambassador.

In this brief video “The Torminator” gives some great tips on the right way to use your arms and hold your rope when jumping. It’s important to have proper technique when jumping to help avoid injury.

We’ve all heard about the numerous benefits that regular exercise like jumping rope can provide. We’ve long understood the ability of jump rope to improve overall cardio-vascular health, endurance, strength, and self esteem. It’s been shown that 10 minutes of jumping rope is equivalent to 30 minutes of jogging. But did you know that jump rope can also help combat the aging process?

Research has shown that not only is exercise good for your health, it also helps combat aging. WebMD published a report in 2009 on a study done by lead researcher Ulrich Laufs, MD, of Homburg, Germany’s Saarland University. The article describes the effect that exercise has on telomere length in chromosomes. The shortening of telomeres as cells divide is thought to be a critical part of the aging process and eventually makes us more susceptible to diseases such as heart disease, diabetes, and cancer. In the article Mr. Laufs is quoted as saying:

“This is the first time it has been shown at the molecular level that exercising has an antiaging effect on the cardiovascular system.”

Since jump rope is one of the best and most efficient exercises there is, it stands to reason that it is in the best interest of your long term health and well being to pick up a rope and start jumping. Just take a look at how great this 80 year old jumper looks. I hope I’m in that great of shape at 50, let alone 80!

This jump rope video is by jumping great Chad Rankin. This shows how the Subway has evolved over the years since it was first created in the mid-90’s as we shared on the first episode of Jump Rope Jam Trick Histories. It’s fun to see all of the unique and creative ways that jumpers of modified this trick. I know how hard this was to do with just four people in the ropes. The final tunnel in the video is just crazy. Are those 36 foot ropes?