You are here: Home / Interviews 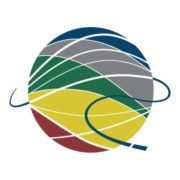 The World Jump Rope 2016 Grand Championships are now available to watch on YouTube. Full video below.

There are a few interviews I want to call your attention to. Please take the time to listen to them, no need to watch. Put on your headphones and listen to what is being said. I believe it is important and powerful stuff. Good luck trying not to cry during Coach Fredrick’s interview. You can skip ahead to the time noted or click the links:

Here is a great interview with Saltare on the heels of their spectacular performance that landed them a spot in the next round of ABDC. The crew is doing a great job representing the sport both on and off the stage. I don’t think we could ask for better ambassadors for Jump Rope.

Keep up the great work guys!

Look out everyone! Jump Rope is in the spotlight on the national stage thanks to a group of USA Jump Rope All Stars. A crew called Saltare has made it on season 5 of America’s Best Dance Crew on MTV. If you follow jump rope, you already know their names… Chaz Robinson, Tyler Perez, Lee Reisig, Billy Jackson, Lisa Brown, & Brittany Fortier. What an amazing collection of talent!

I just watched the east regionals in which Saltare debuted on national TV. Saltare absolutely killed it! They nailed their routine without a flaw, got the entire audience on their feet, and left the judges in awe. The judges were unanimous in their praise of the crew’s talent. When it was time to select which crews would advance, Saltare was the first crew to be chosen to advance to the next round.

Here is an in interview with the crew backstage during the taping of the season 5 regional.

Good luck Saltare! The entire Jump Rope community is behind you. We hope you go all the way!